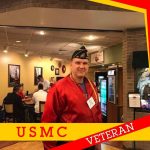 Today we see a division in America on what our flag represents. Last month, I had the privilege to provide a short speech on Americanism at an awards dinner for two local employers who display and fly our national flag with respect. As a Veteran I am honored when non-veterans display our flag with honor. As a historian, I understand that our flag is more than a symbol of a collection of states under one federal system. 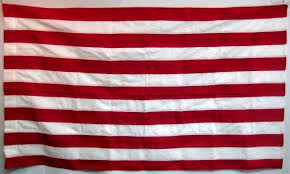 Most Americans credit Betsy Ross for the creation of our flag. It is true that she made a flag for the First Pennsylvania Rifle Regiment; her design is not our flag. Our flag is composed of two flags. First is the thirteen red and white strips, that depicts our original thirteen states, but that portion of our flag is older than our nation itself. Our parent country, England, assigned to each of her colonies a merchant ship flag. This allowed harbormasters the ability to prioritize the unloading of ships as they arrived back in England. Ours was the thirteen stripes. During the American Revolution these merchant sailors became pirates and ran the English blockade to keep America supplied.

The blue field of thirteen six-pointed stars was General Washington’s command flag commissioned and flown at Valley Forge to keep the American army in place during the winter encampment so we would have an army to fight in the spring. Without his leadership our independence would be most likely lost. When we became a country, our founding fathers honored Washington for his leadership and the merchant sailors that kept America supplied.

Now it is true that America is a flawed nation and our birth came about with some pre-existing sins, chief among them was slavery. Some Americans today feel that our flag is a representation of that past. As a historian I will tell you that our founding fathers were not gods but sinful men that went to great care to give us a constitution that was not for their time but an ideal for our future. They believed and hoped that each generation of Americans would move America closer to that vision of a better union. The best example is when our constitution was changed from “life, liberty and property” to “life, liberty, and the pursuit of happiness” understanding that a right to property prevents slavery from ever being ended. Once slavery was ended our right of property was added as an amendment. 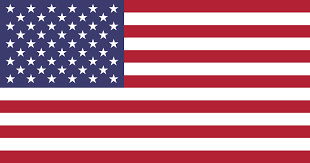 Our flag is not a vision or reminder of our past, it is a vision of our future; the America we could be, the America we strive to be. It is the vision of the America our founding fathers hoped we could one day be. That day is not here, that day may never be here but it is a day that is worthy of our sacrifice and our struggle. It is this shining city on a hill that Regan spoke of and people came here for.   Our flag is, at the end of the day, a symbol of the best of us that every aspect of our nation has died for. When you disrespect our flag, you not only disrespect your family, you are giving up on the dream of America that members of your family died for.